New Side Fence at my house 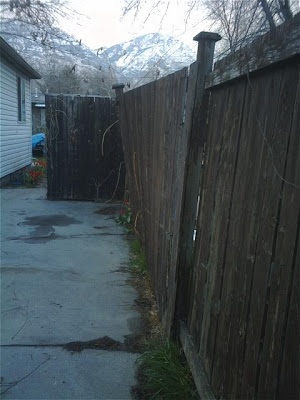 This is the old garbage fence that I replaced. It was about ready to fall over on my driveway. It was very poorly constructed. It was crooked like a snake. The abortion doctors who built it just buried the posts in dirt so all the posts were rotting out beneath the surface of the ground. 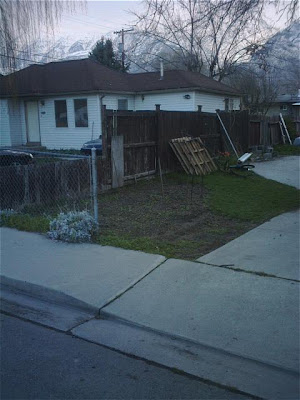 My house didn't have curb appeal. The only thing this old fence was good for was to induce vomiting. So I rented a U-Haul and I ripped this garbage out one Saturday and hauled it off to the dump. At first I was like "I am just going to replace a few rotten posts. But the first planks I tore off I knew nothing was worth salvaging. So I committed to go all new. 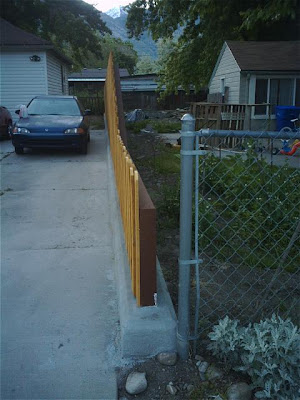 A few weeks and thousands of dollars later; I have a strait, strong, level, plumb, privacy fence. I lost some property and I paid a concrete cutter to cut out some of my driveway but I have a strait fence now. "A good fence makes good neighbors" I like my neighbors so much better now that I have put a 7 ft tall fence between us.

I poured a concrete footing under all the posts so that way my fence isn't sitting in the dirt soaking up moisture. Now those mangy cat's can't get crawl under the fence into my yard. 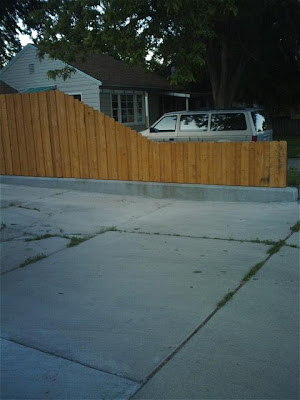 I made it step down here so when pulling out of the driveway I can see what's in the street. 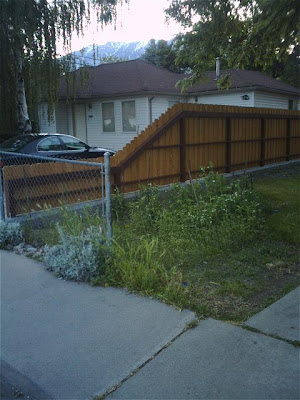 This shows the fence frame. I bought a cordless impact driver to drive the timber lock screws that lock the 4x4's above to the posts. The 4x4's above carry the weight of the pickets since I kept them 1/2 inch above the concrete. I don't want them sitting down in water. 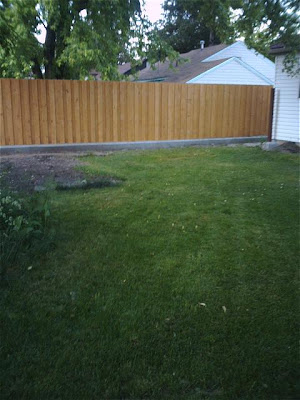 Here is a view from the back yard. Notice how level the fence is. I bought a laser level and cut all the posts level since my lot is level I said "Why not have a level fence?" 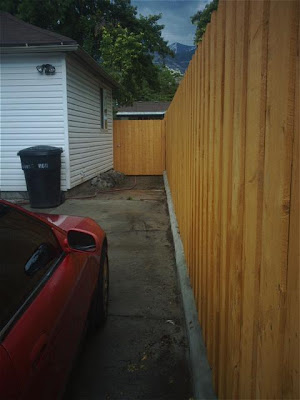 I put a gate to close off the back yard from dogs and cats and vagabonds. It gives more privacy and security to my back yard. 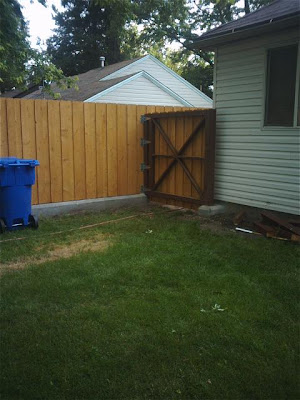 I still have to put the bolts on so the gate can be locked. The gate is so heavy I had to rest it on the footing to keep it from pulling the fence out of plumb. It is a necessary evil but I don't mind because it will keep the fence from sagging over time. 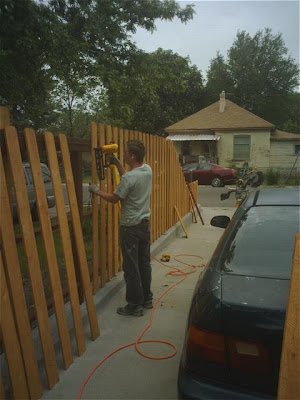 I want to thank Chippy for all the hours he spent under my direction working on the fence. Even though I paid him for his time I feel like I got an excellent value from him. I also thank Alicia for spending a few hours one Saturday helping paint and install the pickets. What goes around comes around.

wow, the fence looks awesome and I loved your commentary.

Your blog posts are my favorite. They make me laugh out loud. Your documentary is amazing. I think I need to make my students go to your blog and do a report on building a fence. Then they will have to do a comparing and contrasting analysis of the before and after. Your hard work is amazing. I'm glad I had a small part in it. Thanks to Chippy too.